Specialty restaurants are a rarity here, with a few exceptions. so we went with a big bunch of CFG-ites to the hip Kryptos by Willi on KNK road for a weekday dinner and came back humming Greek music and the taste of the moist chocolate cake still lingering in my mouth.
Kryptos by Willi is a restaurant specializing in Greek cuisine and they take their 'Greek' identity quite seriously. They take the restaurant business very seriously as well. They just launched an updated menu (with subtitles in Tamil, no less!) This brave and clever step by the management was appreciated by all of us gathered there and we are sure it will go down well with the crowd of Chennai. 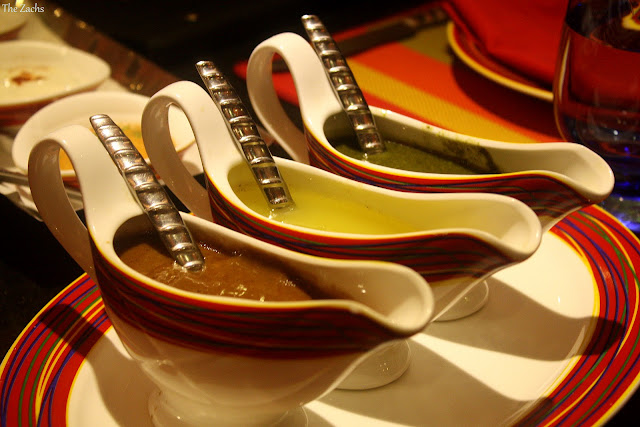 We started with the breads and the dips at the table and the tzatziki was hands down my favorite. We moved onto the impressive spread at the salad bar and I remember making a mental note to myself: 'Definitely one place where the vegetarians won't feel left out'. I came back with the usual suspects - classic salads - a selection of greens, olives and cheese with various dressings. There was also a mini club sandwich topped with a cherry tomato doing the rounds which i passed but saw people relishing. 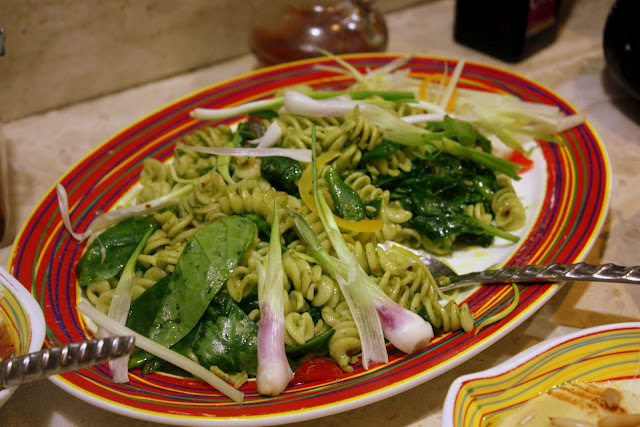 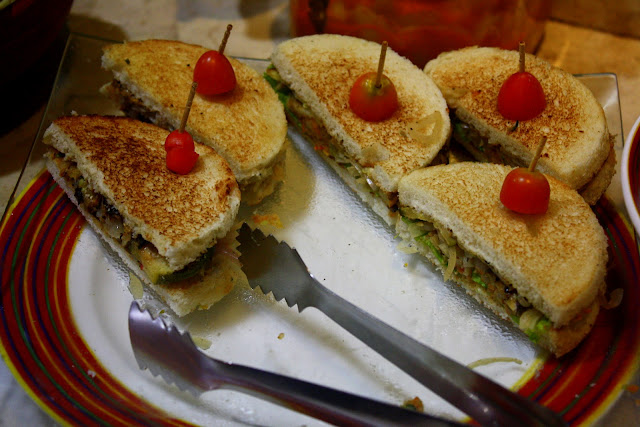 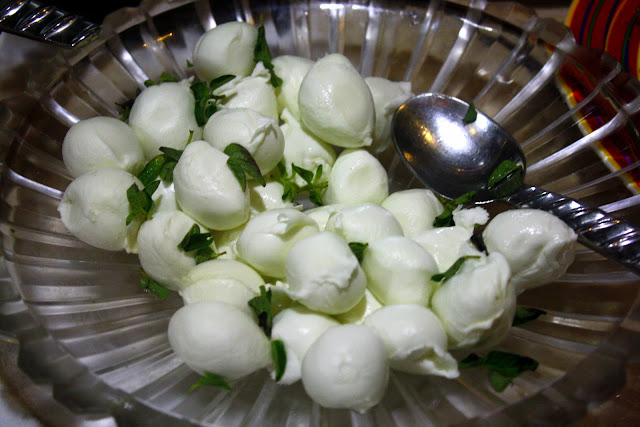 Being Greek, there had to a mezze platter. The veg mezze served a cheese and eggplant roll called the Bourekakia Melitzanes - an explosion of cheese and eggplant once you bite into  the roll. My favorite though was the falafel. It was perfect for many reasons, perfectly crisp outsides and warm and mushy insides. Tiropitakia, or the phyllo pastry stuffed with cheese also scored brownie points. From the non veg mezze platter, the lamb and aubergine rolls were devoured in no time while i felt the Kotopoulopithakia is an acquired taste. It is made of chicken, apricot and feta. There was a crisp fried lady finger fish which was alright but nothing i would rave about. All of this was served with garlic rice, pita bread and the delish tzatziki and an equally tasty hummus. 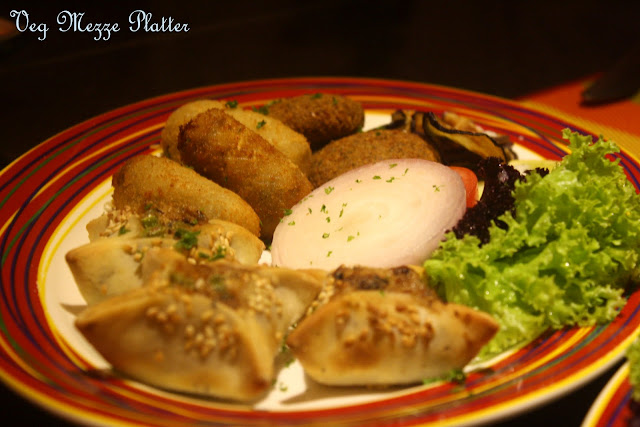 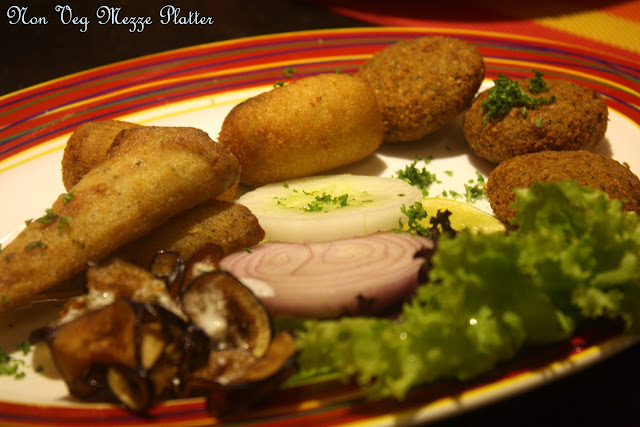 We were reminded of the impending main course and so we decided to save space for the same.
We were not disappointed. The Kotopoulo me Pilafi or the marinated chicken breasts roasted with garlic and mint was tender and subtly flavored. The tasty Gemista or minced vegetable patties with mozzarella was an interesting twist to the tale. So much so that it even got me thinking it may be non vegetarian. Moving on to one of the star dishes of the night, the papoutsakia is a baked dish of eggplant halves with a happy mix of onion, garlic and tomato and topped with a white sauce. Creamy and very good on the palate. 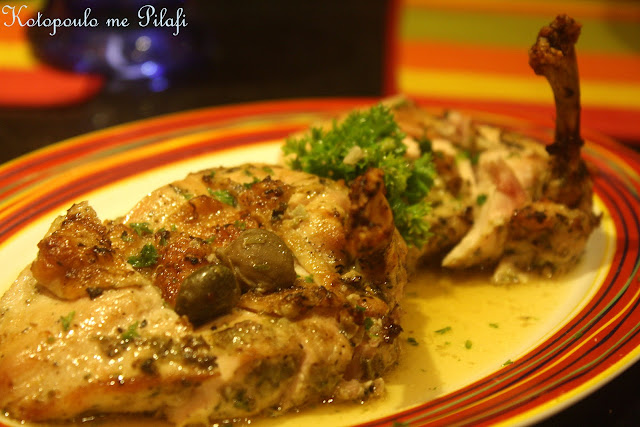 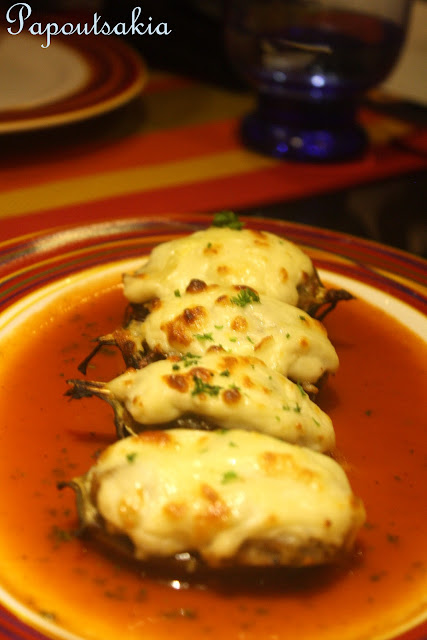 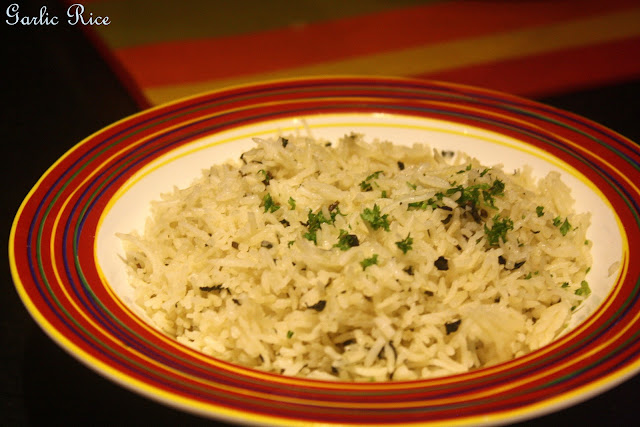 Getting back to the  non vegetarian main course, we were served a fancy looking clay pot amidst quite a bit of fan fare. It was their oven baked mackerel with potatoes, rosemary and olive oil and called the Kolios sto fourno. I tried the fish in great anticipation and to my disappointment (and a few others at the table as well), it was a tad too fishy and not very appealing in terms of texture as well. 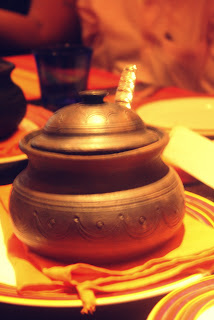 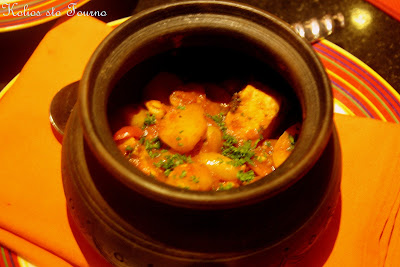 I moved on to a hearty dish called the Fried Hamburgers which made all well with the world again. and rightly so! It is a perfectly seasoned meatball dish in a slightly tangy and gently spiced tomato sauce and cooked just right. It was good! 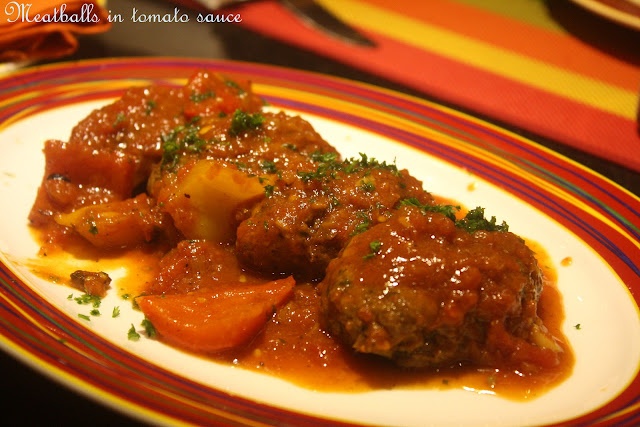 We had plates of potato wedges (which were good), jacket potatoes and caramelized carrots as sides to all this fare and proved to be good respite in between all the main course dishes. 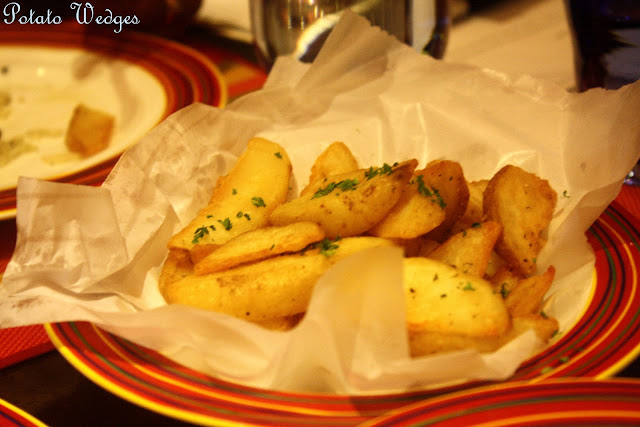 For dessert we were served cubes of super moist chocolate pie drizzled with a chocolate sauce and of course, the baklava.The cake was an instant hit and i loved how crisp the phyllo pastry of the baklava was though i didnt much care for the sugar syrup drenching it. 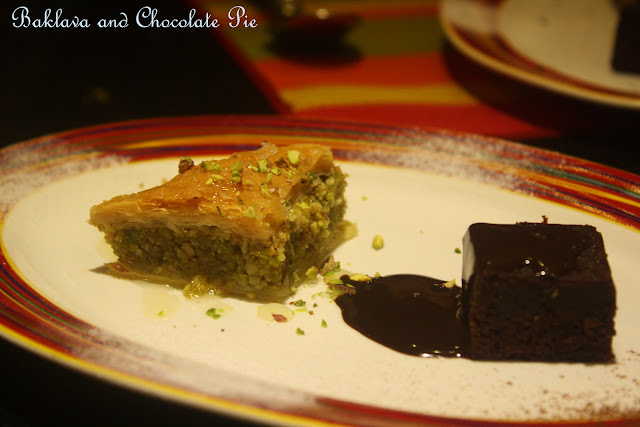 Kryptos by Willi is where i'd go if i were craving healthy Greek food. After all this, i came back feeling well fed yet without the proverbial heavy stomach and the heavier conscience of having stacked up on the calories. They get brownie points for the dedication of their staff and the management as i have experienced in my previous visits to the restaurant.

Kryptos by Willi is in the basement of Yafa Towers, Old no: 24 on Khadar Nawaz Khan road.

This is popular here!

Life in an Insta!